When we got to Sydney, we took the free walking tour like we did in Melbourne. I really liked learning from the tour guide about the city. 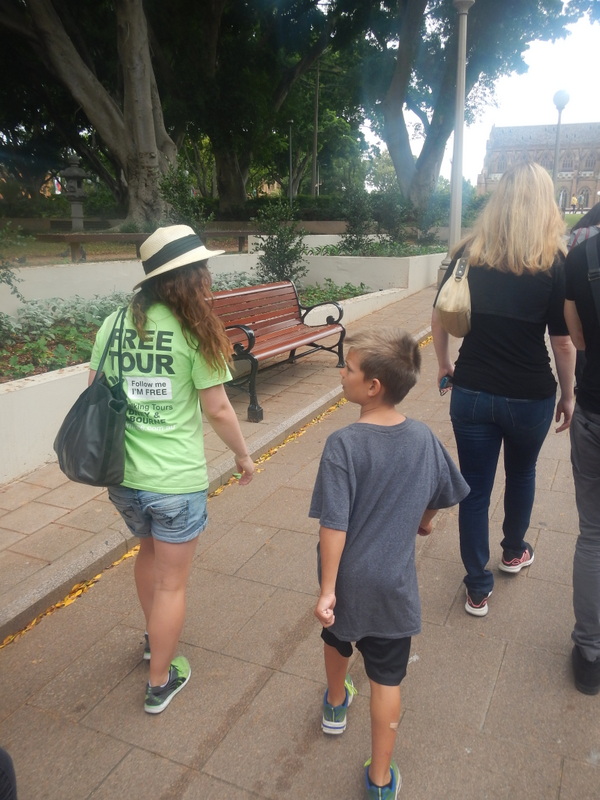 She took us to a cool model of the city and I was able to find our hotel on the Darling Harbour.

We also went to Martins Square where they had a Christmas tree that you could send a text message and it would pop up on the ribbon. You could also change the colors of the ornaments. We sent several messages. 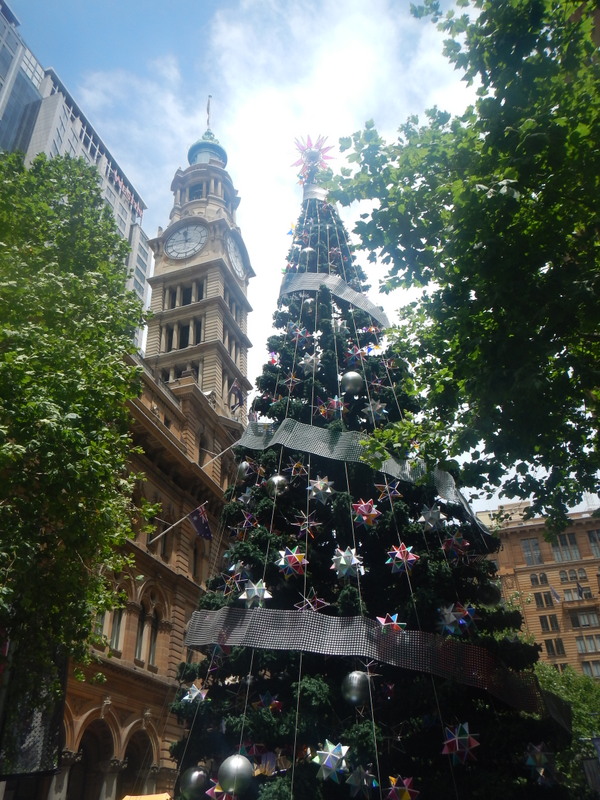 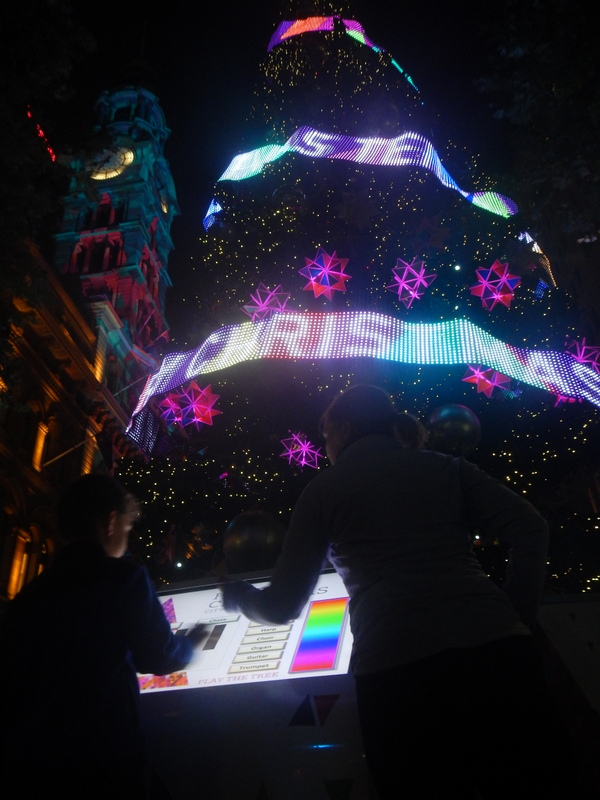 The next day Daddy and I visited the National Maritime Museum and saw the Spirit of Australia, the fastest boat in the world. We also saw a boat made of beer cans and an old speed boat from the 1960’s. We walked around the wharf and saw war ships and a submarine. We also walked to the top of a lighthouse. The light rotated like a grandfather clock with weights that went up and down.

Later that day we walked across the Sydney Harbour Bridge. We could see the whole city! We saw people walking to the top of the arch but we didn’t do that. 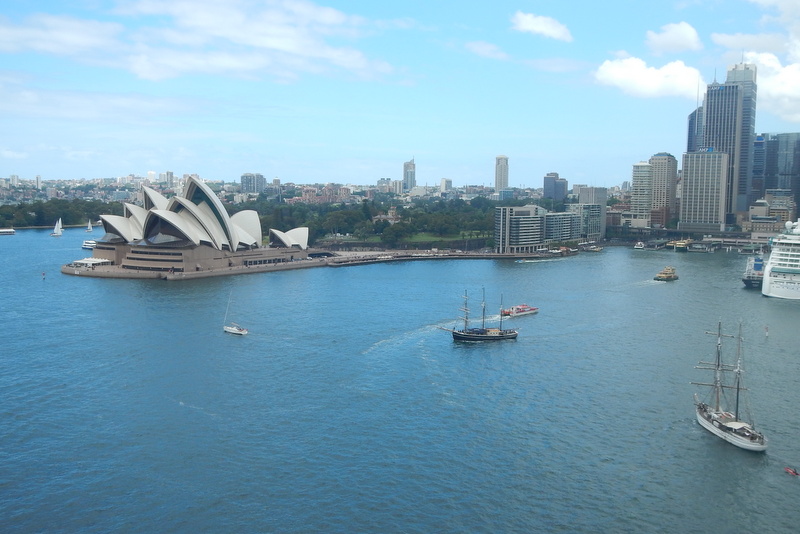 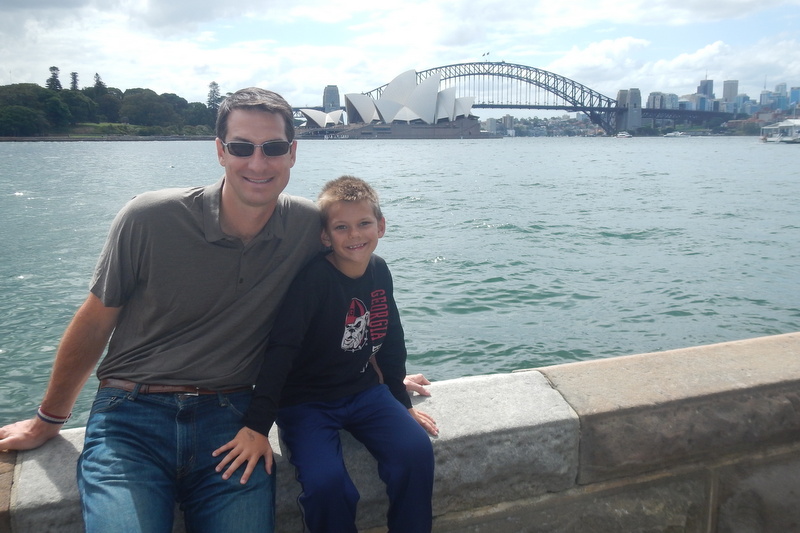 We walked by the Sydney Opera House and around the Royal Botanic Gardens. We had fun climbing on the rocks and had great views from there.

The next day we went to Bondi Beach. Bondi is famous for great surfing and having about 20,000 people visit on Christmas Day. That seems very strange that people would go to the beach on Christmas Day, but it’s summer here! The undertow was so strong it pulled me over.

We hiked along the coast from Bondi to Bronte and climbed on the rocks.

Then we visited Icebergs, a very cold pool. The lap pool made Daddy dizzy it was so cold! The waves from the ocean crash over the walls and into the pool. 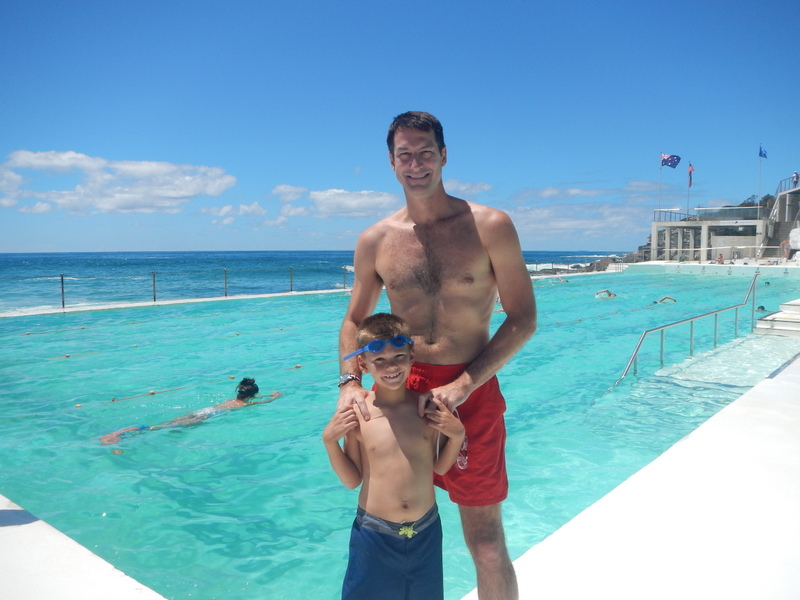 There’s Daddy diving into the pool!

The pool I swam in was so cold it made me scream!!

Today we rode the ferry to Manly, another cool beach town. 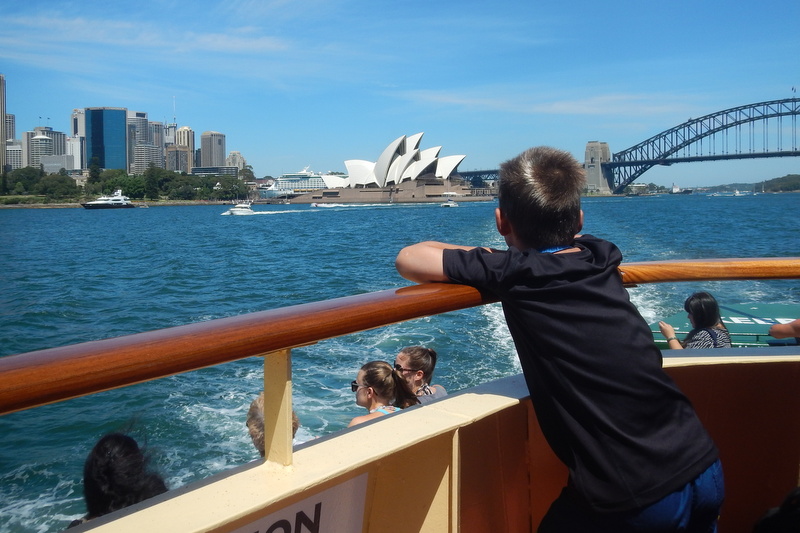 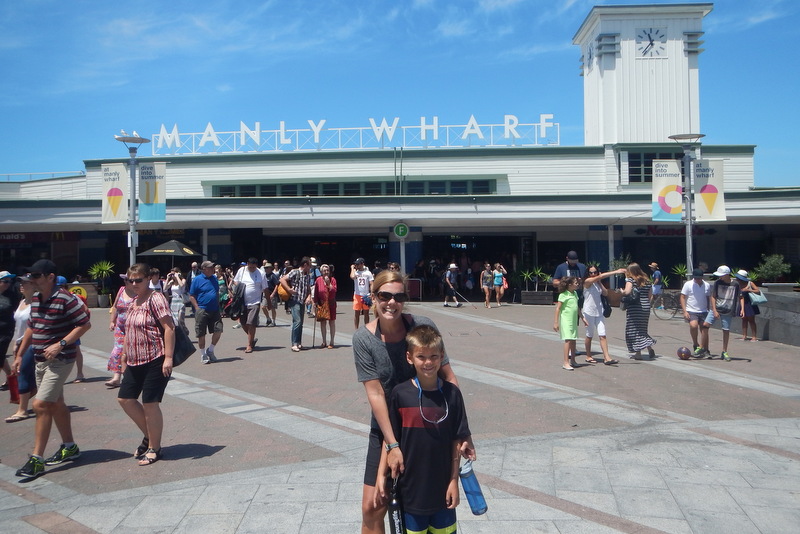 Daddy and I rented a boogie board and I hit some big waves.

We walked along the coast to Shelly Beach. It’s called “shelly” beach because it has a lot of shells. 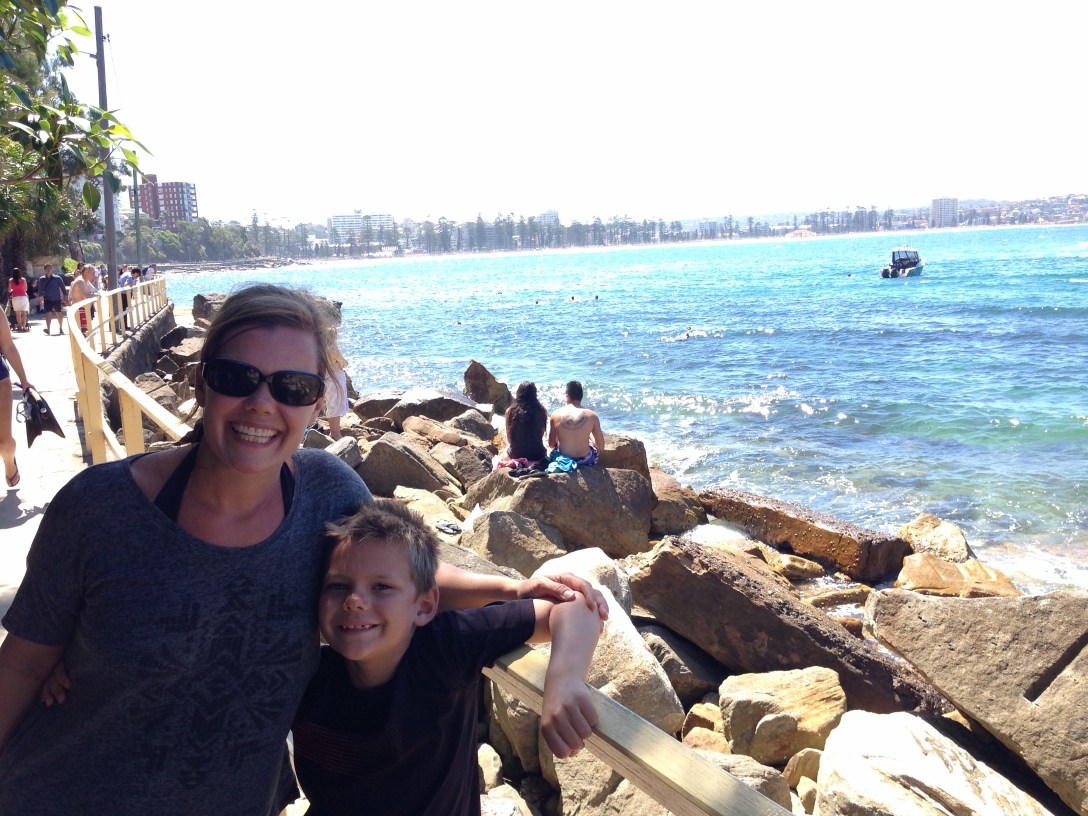 Overall, I really liked Sydney because of the Opera House, the ferries, the Sydney Harbour Bridge and being right on the water. I’ve enjoyed my time in Australia, being with friends, seeing their great cities and most of all learning about new places.

5 thoughts on “What I Saw in Sydney”

There was an error retrieving images from Instagram. An attempt will be remade in a few minutes.